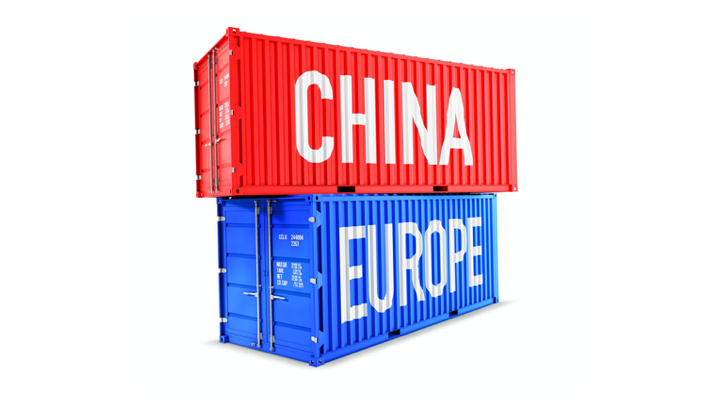 Inventions involving computers – so-called computer implemented inventions (CII) – are one of the main driving forces of the ongoing fourth industrial revolution (4IR). Europe is a traditional player in this revolution, while the importance of the Chinese role in the development of the 4IR technologies and, in particular, of the AI ecosystem, is steadily increasing.

The importance of CII and China to the 4IR is reflected in the Intellectual Property (IP) sector as well. For instance, in 2019 at the EPO, the number of applications in both digital communication and computer technology has experienced double-digit growth with respect to 2018. Moreover, the 2019 top applicant at the EPO is the Chinese company Huawei, which is deeply involved in 5G standardisation. These plots show also how the global aspect of the fourth industrial revolution reverberates in the IP sector.

Nowadays, as never before, 4IR inventions, and in particular computer implemented inventions, should be effectively protected in several jurisdictions. Different jurisdictions operate under different, and sometimes contradictory, legal codes and, hence, multi-jurisdictional patent prosecution may pose several challenges to applicants. In the case of CII, those challenges are worsened by the intrinsic complexity of their prosecution. Typically, such inventions comprises both technical and non-technical features as well as elements, that, in many jurisdictions, are per se excluded from patentability.

In view of these challenges, the Chinese Patent Office (CNIPA) and the European Patent Office (EPO) had the commendable idea of conducting a comparative study of their practices when dealing with computer implemented inventions. This study provides several useful exemplary cases, one of which is discussed in detail below.

EPO’s AND CNIPA’s PRACTICE WITH CII At step 1, the EPO assesses whether the claimed subject matter meets its definition of an invention. The European Patent Convention (EPC) provides a negative definition of inventions by defining a non-exhaustive exclusion list in Art. 52 EPC. According to the Case Law of the Board of Appeal, exceptions to patentability shall be narrowly construed so, in practice, the hurdle posed by step 1 is relatively easy to overcome. For example, a method requiring the presence of technical means (a computer, a network or the internet) to be carried out is not excluded from patentability, nor is a claim specifying the presence of a computer-readable storage medium or a computing device. Step 1 assesses whether subject matter of the claim belongs to this exclusion list. In the case of CII, in particular, the CNIPA checks whether the claim merely relates to an algorithm, mathematical computing rules, computer programs per se (either recorded on media or not), or the like. If this is the case, the claim is considered to amount to rules and methods for mental activities and, hence, is excluded from patentability. Notably, according to the CNIPA, the presence of a computer-readable storage medium alone is not enough to overcome the hurdle posed by the first step. Moreover, the presence of a technical feature in the preamble of the claim, which in the the comparative study referred to as: ‚title‘, may not be enough to get the claim out from the exclusion list.

At step 3, the substantive examination is carried out. At the CNIPA, novelty and inventive step are assessed by using procedures largely in line with those of the EPO. In particular, the CNIPA also adopts a problem-solution approach to assess whether inventions involve an inventive step over the prior art.

To summarise, the EPO and the CNIPA procedures are similar to one another. Both Offices focus on assessing whether (i) the claim defines an invention, i.e. defines patent-eligible subject matter, and (ii) the claim is patentable, e.g. is novel and involves an inventive step over the prior art: However there are few important differences which should be taken into account when drafting patent applications to be filed in both offices. Notably, as shown below, the way the EPO deals with data formats and structure is different from the Chinese approach. At the EPO, physically embodied data structures, e.g. structures stored on storage means, are not excluded from patentability. Moreover, functional data, i.e. data for controlling the operation of a device processing the data, provide a technical effect and, hence, can play a role in the inventive step discussion. At the CNIPA, data structures per se are excluded from patentability, even when embodied and referring to functional data. Their use by a method is, however, allowable.

The invention refers to a keyword identifier for accessing electronic resources and comprises features of the internet’s Domain Name System (DNS). Hence, a bit of technical background is in order: The first version of the claims is directed to the keyword identifier per se: In this case, the EPO’s analysis and the CNIPA’s analysis lead to the same conclusion, namely that the first version of the claim is not an invention: As shown in the picture below, the second version of the claim is a slight modification of the first one. For ease of reference, the amendment is highlighted in blue. This seemingly immaterial amendment turns out to do the job for the EPO: According to the EPO, the claim defines a data format referring to functional data which serve the technical purpose of accessing a webpage. Hence, the keyword identifier is to be taken into account when assessing the presence of an inventive step.

According to the CNIPA, the keyword identifier is excluded from patentability, even when stored on a carrier medium. This example shows that the CNIPA tends to be stricter than the EPO when assessing whether the subject matter of a claim is an invention. In this case, it appears that the CNIPA does not consider an embodied keyword identifier to be different from a non-embodied one.

The third claim shown below is directed to a method comprising the step of accessing electronic resources. Again, the features in blue are the ones distinguishing the third version of the claim from the first one. In this case, the EPO’s and the CNIPA’s analyses lead to similar results: The EPO considers the claim not to be excluded from patentability, because the step of accessing electronic resources implies the use of technical means (e.g. a computer).

In both jurisdictions, the inventive step assessment will be carried out by using all the features of the claim. MAIN TAKEAWAYS OF THE STUDY